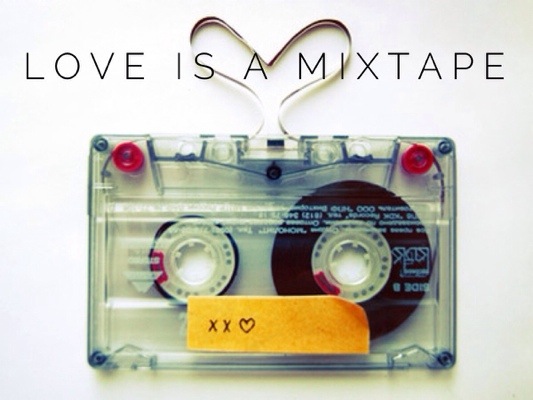 Looking for a little romantic music but tired of the ole stand bys? Check out a few of my favorite love songs and maybe you will fall head over heels for some of them like I have. All of the songs link to YouTube.

♥ The Bird and The Bee – F-cking Boyfriend

♥ Alkaline Trio – We Can Never Break Up

♥ Type O Negative – Be My Druidess

♥ Byrne and Barnes – Love You Out of Your Mind

What is your favorite song about love?

Looking for a little something different to listen to this holiday season? Years of retail have left me jaded of the traditional Christmas music and it’s always nice to stumble on something new, especially when performed by some of my favorite artists.

The Bird And The Bee – Carol Of The Bells

She & Him – Have Yourself A Merry Little Christmas

If you could have any job in the world, what would it be?

If I could have any job in the world, it would be a tie between two things. First I would want to be a trauma nurse. Nursing is something that I am extremely passionate about and an adrenaline rush like you would not believe. The satisfaction of helping others in their most desperate time of need is exceptionally fulfilling. Second I would want to be a full time artist. I often day dream about spending my days creating. As my of you can relate to, creativity does not always come easy, so it would be nice to be in a position that would allow me to create whenever I feel inspired, and work without time constraints.

What would your dream job be?

As usual I am late to the new album game. If only there were an app that would allow you to see all the new releases coming out each week. What makes this situation even more sad is that I follow The Raveonettes on various social media outlets and knew that this album was coming out, yet neglected to actually figure out when. I was introduced to The Raveonettes in 2007 by my friend Chris. He worked at a local coffee joint and I would spend my nights hanging out, drinking soy peppermint hot chocolates and we would talk music. We were introduced through a mutual friend and our common bond musically made for awesome conversations. One band that he introduced me to were The Raveonettes, a indie rock band from Denmark. The Raveonettes could best be described as a two part band with duo-harmonies mixed with electric guitars mixed with heavy distortion mixed with the 50’s and 60’s rock vibe meets a hint of surf rock. I had the pleasure of seeing them at a small venue in San Francisco for my birthday in 2008 with Be Your Own Pet (who you should also check out).

Their newest album Observator falls right in line with their previous stellar works. I think my main draw as to why I love this band so much is their vocal pairing and subtle electronic elements. Despite the usually dark lyrics most of their earlier albums have a rather upbeat vibe to them versus the more mellow tone of this album. This album was created after a few day bender by Sune in Venice Beach where he spent his time people watching. “Young and Cold”, the opening track on the album happens to my favorite mostly because I can identify with how he is feeling, each year of my life passing me by faster and faster.

If you like groups like The Bird and The Bee, Blonde Redhead, Mew, The Jesus and Mary Chain, and Velvet Underground, you will probably enjoy The Raveonettes.

Do you enjoy teaching others? Talk about a time you taught someone how to do something.

Do I enjoy teaching others? Short answer, No. But I don’t think this question is so black and white, or maybe it is and I choose not to see it that way. The reason why I say no is because I am somewhat of a control freak coupled with a slight compulsion of OCD and sometimes get frustrated easily. Sometimes I forget that things that I find easy are not easy to others, this especially rings true when it comes to technology. When it comes to a menial task such as teaching someone how to use Word or how to send an email or take a screen capture on their computer, if they don’t pick it up quickly, I find myself getting slightly frustrated because these are all things I can do without even thinking about it. One thing I learned from my Mom was teach people by doing. Instead of completing the task yourself and asking them if they understand, have them complete the task and guide them. I find this yields better results.

A time that I had to teach someone was actually a time where I had to teach over 200 people. When my former employer added a department to the store, all of the employees had to be trained on all the various procedures, safety precautions, etc surrounding that department. Because I had been promoted to take over this department, I was in charge of ensuring that everyone was trained within a 2 week period. I started by reading over all of the information that I had to cover, because not only did I want to be informed and ready to answer any questions pertaining to the training materials, I wanted to see if there were any portions that I could change or omit to keep my audience engaged. After jotting down key points of all the topics that I needed to cover, I broke the entire building up into small groups that would be more manageable. I engaged the employees by asking them what prior knowledge they might have of the subject and then proceeded to break things down in visual way with props and whiteboards instead of standing in front of the room and reading from my notes. I felt that this approach was more effective than dumping a ton of information on them and expecting them to pass a test in 45 minutes. In the end most absorbed the material and passed the test and I was able to spend time with those who needed a little more help.

Posted in Music by
pyropixie 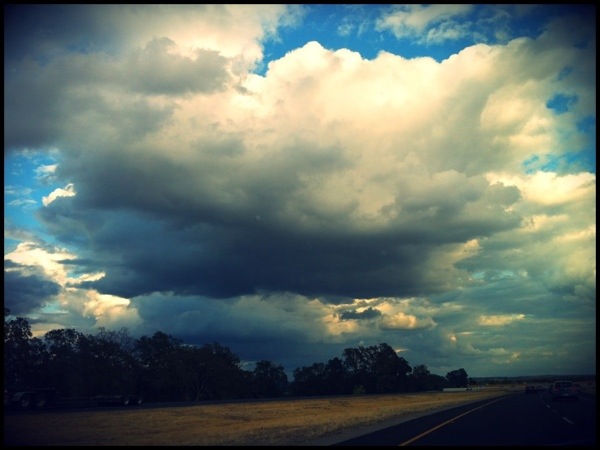 It’s rare lately that an album will reach out and grab me upon first listen. There are a few exceptions to the rule, such as albums from my favorite groups. Type O Negative has been my favorite band for the last 14 years. They are followed closely by VNV Nation and Nine Inch Nails. I always seem to be immediately enamored with their new albums and have yet to be disappointed with a release. I can’t say that with all of the music I enjoy. An example would be the new Birthday Massacre cd. I have enjoyed their previously released albums straight from the jewel case but their newest album, Hide and Seek took a solid two weeks of constant replay to finally admit I liked it.

Maybe I’m just musically jaded. I’m a self proclaimed audiophile and avid music lover. I’ll give anything a listen at least once, but don’t be surprised if I tell you what I think of it. I used to work for a store where music was the primary focus, so I spent my days listening to, talking about, organizing, learning about, and discovering new stuff. But since I left my job there 4 years ago I find that I have become slightly out of touch with new music coming out. I will usually only find out that a band has released a new album by text message from a friend, a mention of Facebook, or an accidental stumble upon at the local music shop.

One major way that I used to learn about new bands was to just look for something that I did not recognize, and if they were on a label that I knew signed artists I enjoy, I’d buy it an usually be satisfied with my purchase. This all went out the door when labels like Roadrunner Records started signing bands like Nickelback. I would have to say one of the only labels that has not done me wrong is Metropolis.

Fast forward to April of last year. I have never been one for the club scene. I don’t drink for one and I am not one for dancing, at least I thought. I started regularly going out Sunday nights to a night called Asylum. I was surprised to find a bar that played music like VNV Nation, Icon of Coil, Sisters of Mercy, and the like. It would be were I would be introduced to the group De/Vision.

Somehow despite my fangirl-ness for everything Metropolis Records, De/Vision had slipped through my fingers. To add insult to injury, they have been around since 1988! It wasn’t until I heard what I believe to be one of their more popular songs, “Rage” one night at Asylum that I had been introduced to one of my new favorite groups. Give me dreamy male vocals over catchy beats and synths any day. I immediately obtained every album they had released and my De/Vision pandora station is often my choice to listen to at work. Despite my new found love, their new album Rockets and Swords managed to sneak past me yet again.

The local record shop touts that they have the largest selection in town, and for the most part they do, comparatively. (They are no Amoeba Records or anything…) but I never see any De/Vision albums there. The electronic music selection is about 4 feet total and is mostly packed with Club Hits vol. 4268, Simply Trance, and so and so van so and so. I decided to take a gander tonight just out of pure curiosity, expecting to see the same live Suicide Commando albums and the cracked case of Northern Light by Covenant – but be still my heart there was a new De/vision album staring back at me. I immediately popped it in on the drive home and fell in love all over again. This album had managed to recapture that feeling of grabbing you from the first note and pulling you in. I took the long way home so that I could listen just a little bit longer, and I suddenly my hour drive to and from work doesn’t seem so bad.

What new music has captured your heart lately?

Posted in Uncategorized by
pyropixie

another quiet evening at home. whipped this little image up. based on lyrics from the dillinger escape plan.