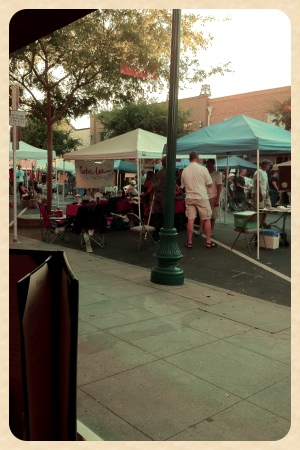 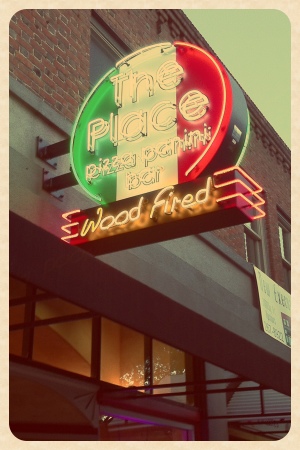 Our view from our table at The Place & their awesome neon sign
On Tuesday, Richard and I decided to hit Downtown Tuesday Night in old Roseville. It’s been ages since either of us have been there so we thought we would check it out. The city shuts down a portion of the main road in town and various vendors set up booths selling goods and food and there is a stage where different musical acts perform. Further down the street classic cars park for all to admire. We made a few trips up and down the street checking things out – I was disappointed to find that most of the booths were premade items or services offered through out the city, instead of crafty type stuff, but thats Ok. I really enjoyed admiring the old cars and can’t wait until I get my hands on my Dad’s ’64 Chevy. 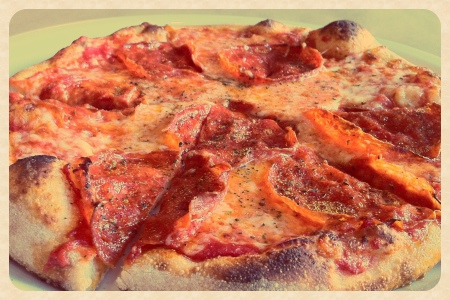 Our delicious Americana pizza
We decided to grab a bite to eat after we were done wandering around, and had noticed a pizza place that we had never been to. From the outside you would never know how ritzy it is inside, but we had already committed by saying hello to who I am assuming was the owner when we stepped foot in the door. She was extremely friendly and kept complimenting my clothes and tattoos and the like, and she stuck us right in the window. She was even kind enough to move their big sign so that we could people watch as we ate. We settled on sharing an Americana pizza, which consisted of aged pepperoni, provolone cheese and mozzarella cheese. It was really really good. We also couldn’t beat the price of just $13 dollars for our meal. I would definitely eat there again.

Unbeknownst to us, our friend James was meeting a lady and her friend at the market as well and we saw him wandering by. For some reason we both forgot how to communicate in the real world and were trying to figure out if we should bang on the window or figure out how to dial on my cell phone, when Richard just finally bolted out the door to catch him. It was a pretty funny display I am sure if anyone was watching. James joined us for a beverage and then we met up with his friends. We did a couple more laps up and down the street before parting ways for the evening. All in all it was a beautiful night and I had a great time spending it with friends. 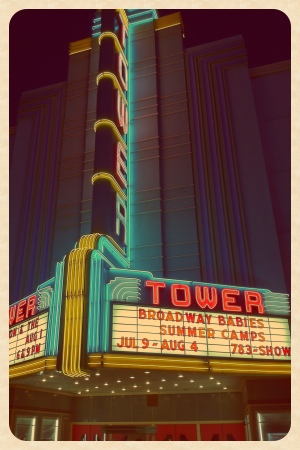