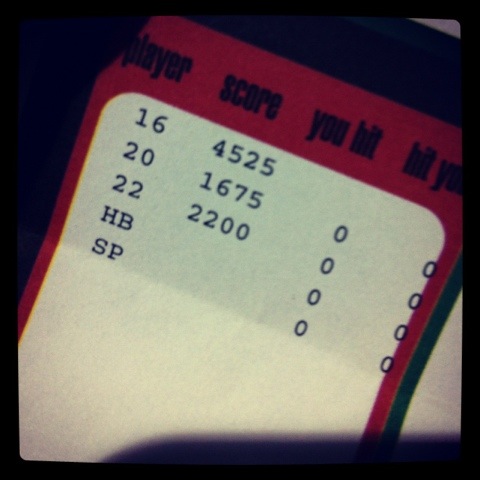 Yesterday was my friend James’ birthday. He decided that we would have an awesome pizza party and play laser tag. I can’t even remember the last time I played a game of laser tag, I think I was 8… we won’t talk about how long ago that was. Anywhoo – we met up at Round Table Pizza and partook in their all you can eat buffet dinner special, which happened to be a total coincidence. We took over the special occasion room (even though there was only 10 of us) and managed to scare away the regular patrons on accident (I imagine it was all the talk of video games, dicks, and lumpy space princesses… and the fact that James got a fake sword for turning 28) After we all ate our weight in pizza – and I played a few rounds of pinball – we headed over to Sunsplash to play some laser tag. Sadly they close early during the week, which is totally stupid considering it’s becoming summertime and who doesn’t enjoy a good laser blasting on a Tuesday night. At least they made up for it by having a buy one get one free night. I had never ventured upstairs at Sunsplash, as I thought only fancy pants people could go up there, but it turns out that is where their laser arena is (I made up the arena part, they don’t call it that, but I think it sounds way more exciting).

We were forced to watch an informational video which sent mixed messages about running around in the dark, and whether or not we were allowed to – DONT RUN! but then they show a woman running out of the game… so confusing. Because there were 9 of us, we split into 3 groups of 3. I was on the red team and managed to pick the vest with horrid pit odor and a broken chest strap, luckily I made up for it by kicking some serious ass. We had the luxury of entering the arena first and scouting out the areas before the other two teams. We started out in the back corner, but an air cannon thing kept scaring the hell out of Johnny, Richard, and myself, and we could not contain our laughter, so we decided to pack up and move over to another area. Now is where I get accused of camping. We holed up in a spot that had a bonus target in it that you can shoot every 20 seconds or so for extra points. I figured since Richard was getting all black-ops on this shit and Jonny went rouge that I would offset our point deduction for getting hit by nailing the target every time I ducked back into the base. My plan worked and we came out scores ahead of the other teams. And to my defense I shot a shitload of people – so suck on that whiny babies. Sorry, I’m not bitter. Anyways – I hope it turns into a somewhat regular Tuesday night thing, since I had a ton of fun. I also managed to run into a wall despite being very aware that it was there. I bled a tiny speck of blood, therefore I think I should be able to play for free next time. I’ll be sure to let you all know how that goes. Behold my glowy hair and tron like shoelaces. 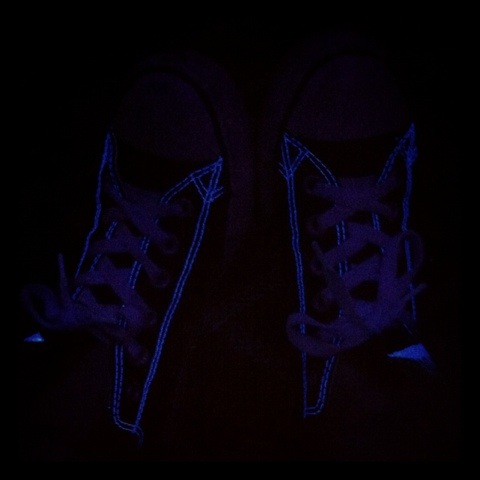 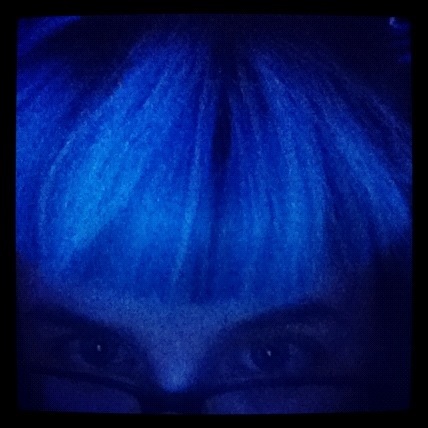 After we were tapped out on laser tag, we headed to Denny’s for more birthday shenanigans. It mostly consisted of us ordering desserts and drawing dicks on things. This is literally sounding like the intro to Superbad. All in all, it was extremely fun and I hope we all get to hang out more often.