Posted in Vacation by
pyropixie

…but I’m not sure if I could say another year wiser. But at least I can say that this year my goal is to have as much fun as possible. Somewhere along the way, I lost all of the joy in my life, all the fun, all of the awesome. So I’m on a personal crusade to bring it back. For my 28th birthday, Disneyland was in my sights. So after almost 3 months of waiting and 7 grueling hours of driving after work last Thursday, I snuggled into my extremely uncomfortable hotel room. Who cares, all I needed was a place to lay my head at night, because I planned on spending as little time as possible there. I couldn’t believe how much gas and jumped to by the time I got off work to the time I arrived in Los Angeles. I about had a hard attack. 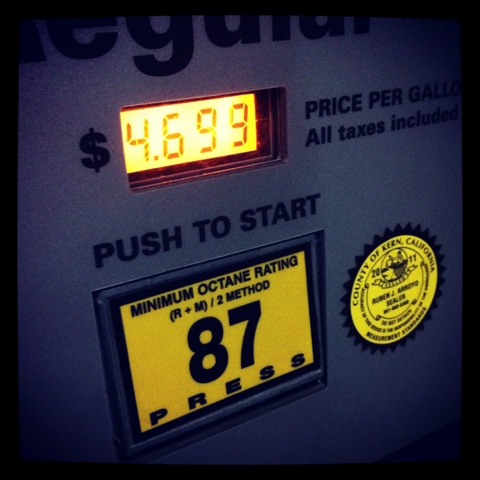 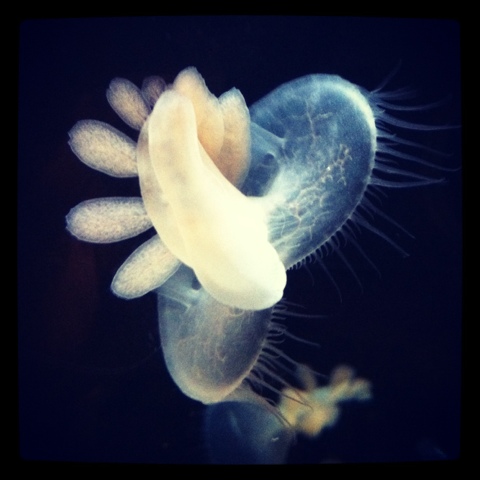 We had no plans for Friday, so we decided to head down to Santa Monica Pier. I couldn’t have asked for a more perfect day at the beach. They were installing a new Wizard Of Oz coin pusher that I really wanted to dump my entire net worth into, but alas I only played 1 dollar. Talk about self control. We hit the Santa Monica Pier Aquarium and checked out all of the local species. I was lucky enough to snap a picture of this cute little jelly fish and narrowly avoided a water spitting shark by mere seconds.

Instead of taking the bike path back to the car we decided to walk along the beach and avoid the waves as much as possible. I had vivid memories of doing this as a child – most especially of digging for sand crabs. I never liked to actually catch them or hold them because they tickled my hands, but I always liked digging for them. I don’t recall ever seeing so many shells on the beach and I took a few home with me for good luck, as well as a few rocks that I plan on creating something with. What I plan to create, I’m not overly sure – but it’s the thought behind it that counts, right?

After the beach we went to one of my favorite resturants in Marina Del Rey – Jerry’s Famous Deli. I remember as a kid we used to frequent it often, and I honestly had a hard time choosing out of the 600 items on the menu what I wanted to eat. I chose a hot dog on homemade pretzel bread, which was absolutely divine. I also decided to splurge on an order of their homemade bagel chips and ranch, something I had been dreaming of the entire drive down there. We also raided the deli bakery for a feast of confectioneries later that evening. I bought a smores brownie and a couple of carmel chocolate cookies. Richard bought shortbread sprinkle cookies, red velvet whoopie pies, black and white cookies, and we split a chocolate chip canoli. I had never had a canoli before, and I cant say that I cared for it. 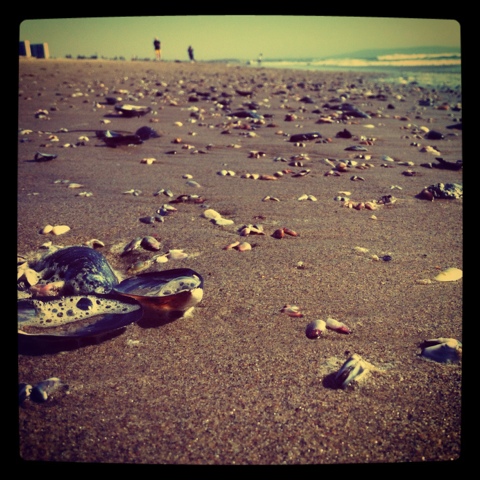 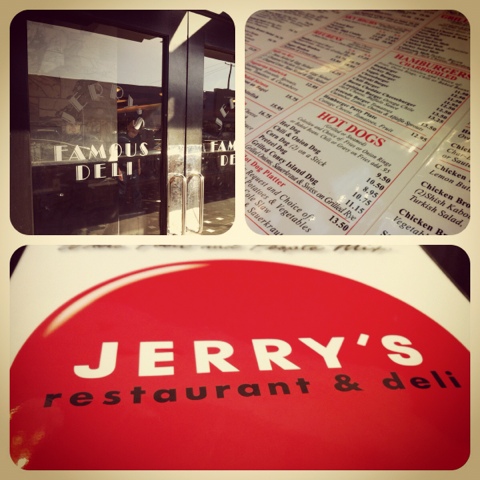 After that, we toured my old neighborhood. My old house hasn’t changed one bit on the outside. Same colors, same flowers, same trees, same everything 13 years later. I loved that house, and I miss it a lot. I dream of being rich one day and knocking on their door and offering to buy it from the owners with cash. We visited my old elementary school and middle school, both of which have been remodeled to the point that I barely recognized them anymore, but I did see a door of the equipment room that still had my hand stamped on it. We killed some time at the Fox Hills Mall, which also had changed quite a bit since I last stepped foot in it. We headed back to the hotel and made a detour at downtown Disney. I felt like I had died and gone to Disney heaven. I had been there once before a couple years ago, but I don’t recall it being so amazing. I picked up a few Vinylmation figures, and to my surprise, I didn’t get cursed with any doubles. We went back to the hotel room, where I proceeded to beat Richard repeatedly at R2D2 operation. 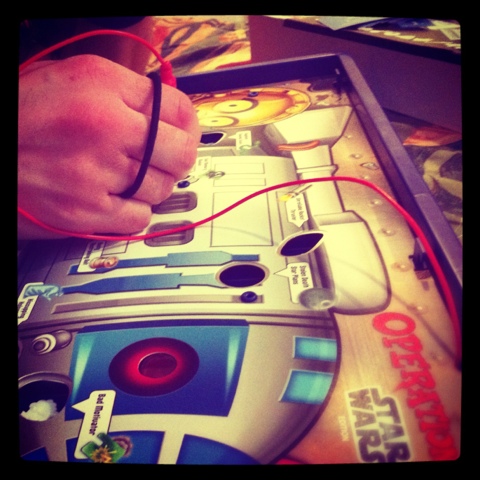 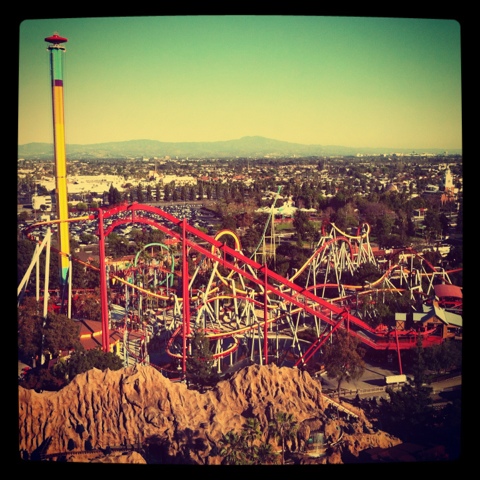 We woke up insanely early on Saturday with the intent of being one of the first people into Disneyland. We trudged out to the bus stop, still hardly awake ready for a long day of magic, but once we arrived at the park we were notified that the park was on lock down and the police had called in the bomb squad due to a suspicious package found in a tree outside of the ticket booth. We returned back to the hotel room, where I proceeded to rule Richard again in a few rounds of R2D2 operation before we decided to head to Knott’s Berry Farm. A brief drive over and we were in. I was pleasantly surprised how short the lines were for a Saturday – I think the longest we stood in line was maybe 15 minutes for a ride. I was disappointed that they took out a lot of the rides from when I was a kid, but I guess you cant expect everything to stay the same.

I honestly had never ridden any of the roller coasters at Knott’s because I was too afraid as a child to. My school would go twice a year and I would just stand at the bottom and watch. It wasn’t until a few years ago that I got over my fear and have been somewhat of a coaster junkie since. There was one that I refused to ride, especially after seeing that it was down for a few hours of the day – I had a big enough heart attack at the top of the Silver Bullet when we got stuck at the top. I dont think I’ve ever been so scared. I brought my old spare glasses with me just in case I lost my other ones but I opened my glasses case I saw that the superglue had degraded over the years and they exploded into bits. Woops. 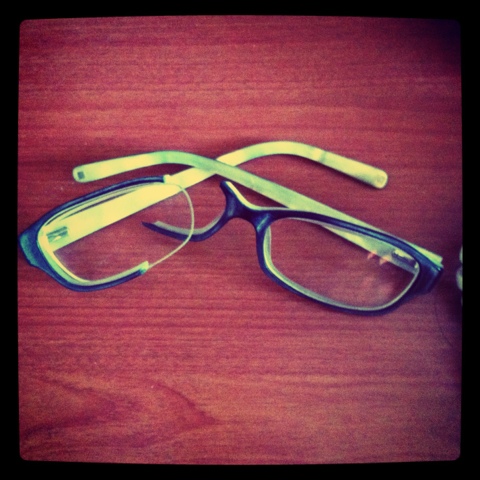 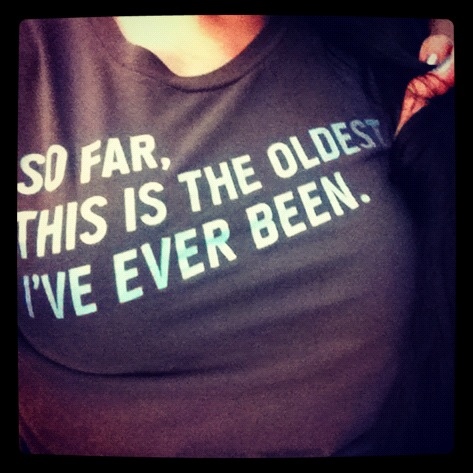 On sunday, my birthday, we arrived at the park just as it opened, made our way through the ticket gate and we were unstoppable for most of the day. Surprisingly the lines weren’t overly long and we managed to ride most of the rides 2 – 3 times each. I was excited to ride the new star tours because it had recently been overhauled into 3D and has a ton of different possible places to visit, and luck was on our side, we went to three different places! Sadly the people that sat behind us when we went to the death star had seen that one 4 times prior that day, I would have been quite disappointed had I been them, but we got to visit Kashyyyk, The Death Star, and Hoth. We also figured out where all the cameras were in the attractions such as Space Mountain, Splash Mountain, Astro Blasters, etc, and were able to pull of some seriously epic faces. I wish I had taken pictures of the ones we did on the first day because I think they were some of the most hilarious ones. I like to think that we were enhancing the memories of the other passengers on the rides with us 🙂 Monday at the park was bitter sweet – I had an incredible time, but I couldn’t believe how quickly our time in LA had come to an end. We shut down the park and bought some things. I bought some R2D2 mouse ears, a set of classic ears that I had as a child, a bunch of vinylmation figures, including Star Wars park exclusive ones, the bakery collection, and two zipper pulls, the bakery collection pin set, mickey ear key pin, and sheriff badge with my name on it. 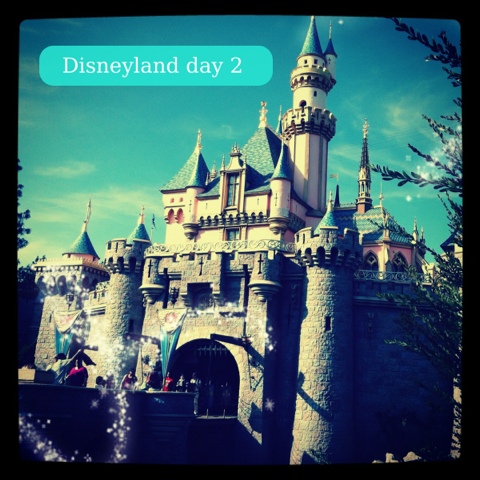 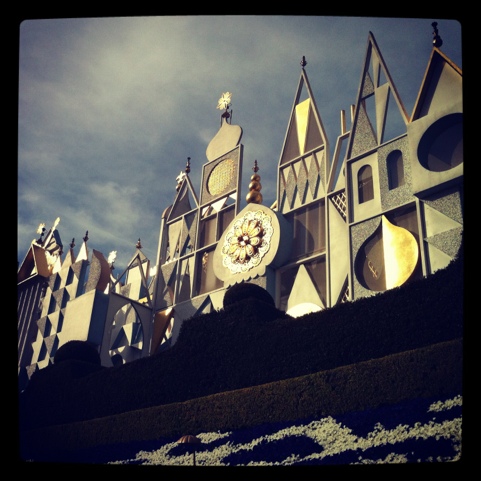 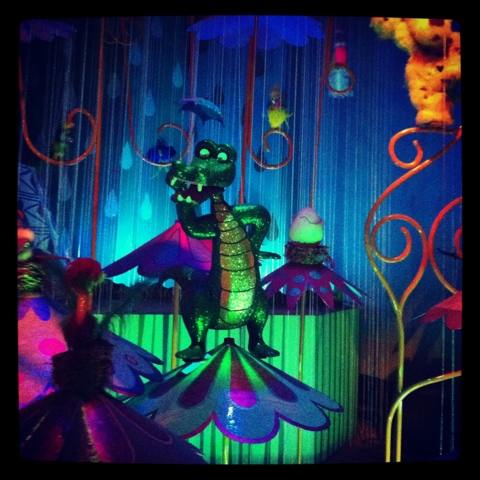 I can’t wait to go back!